I am a Bad Monkey. So is Julien. And Andreas. And Konrad, Dimitar, Adam, Brian and Marcello. Even Huyn is one although it’s hard to tell. We have a webpage. It’s at badmonkeys.net and is as volatile as we are.

I like being a Bad Monkey. I like having other Bad Monkeys watching my back. They do, you know. Every time I try to fuck up something in Dynamo, they pull me out of the failure and guide me on the right track. Every time I n00b around in Grasshopper, Konrad stretches his long arms over The Atlantic and points me in the right direction. Every time I challenge my geometry skills in Dynamo, Dimitar reaches out from his tree in Singapore and rains his magic on me. And every goddamn week when I try to do any type of generic computation or list manipulation, The Machine Himself Dynamo Grand Master Bad Monkey Andreas Dieckmann descends from the skies with his cape and shy smile to rescue me from certain doom.

One dark and slow morning a while ago Aleksandra came over to my desk and asked about the best way to number more than 600 rooms in the project we were working on. The coffee was still warm, and I already sensed it was going to be a good day. The way room numbering sequencing worked in France, where our project was located, related to both Level, Department and Grid location. That meant a room on Level 3, with Department ID 9 and located as the second room of that department between Grids 3 and 4 (read left-right, top-bottom) would receive the Room Number 3903-02. After some thinking I told Aleksandra that this could be automated with Dynamo and I could do it. My coffee hadn’t started cooling before I began worrying about my response. Even though all the data I needed was available in the Revit database, I had no clue how to do it. My first two tests were promising, but by the time I got around to iteration three and four I started thinking that I had to write each piece of data to temporary parameters, and then pull the temporary data from Revit and combine them in Dynamo to write one Room Number parameter. 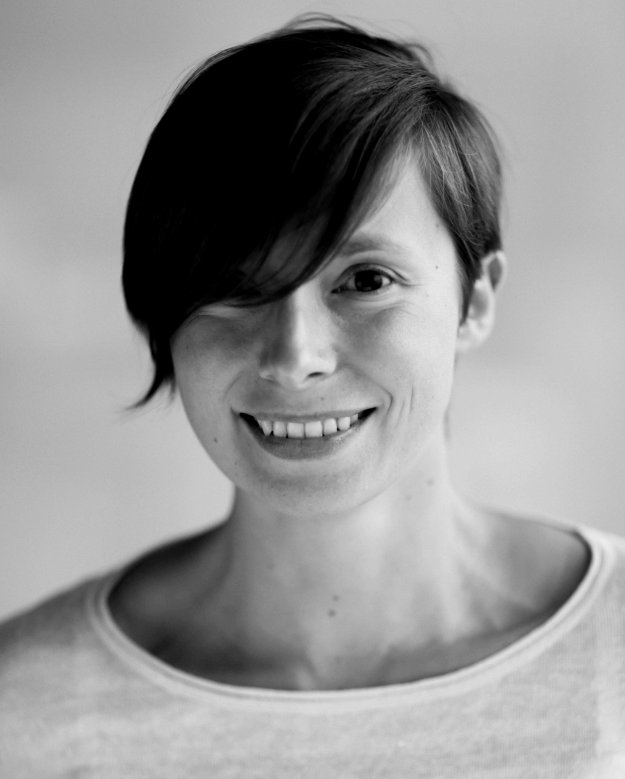 Just after the morning with Aleksandra, I flew to Budapest to meet Monkeys Julien and Andreas. First thing they said when I laid my stress upon them was “Hell no, do this in a smart way by sorting all that data automatically”. “Okay….” I responded, nervously scratching hair that started to fall off.

The following week, less than 3 days before deadline, I woke up to a message that brought the biggest smile to my face and all my hair back. “Check your email. Andreas.” I rushed to work, grabbed a new coffee, opened his Dynamo script, copied the parts I was missing, ran the definition and watched in confused disbelief as all the hundreds of rooms got perfectly numbered according to all possible French rules. By that time Aleksandra had been putting her impressive Revit skills to better use on important design tasks, and I had all day to work on the facade, where I used Konrad’s free software for Grasshopper data linking and Julien’s free software for cutting thousands of Nested Families. 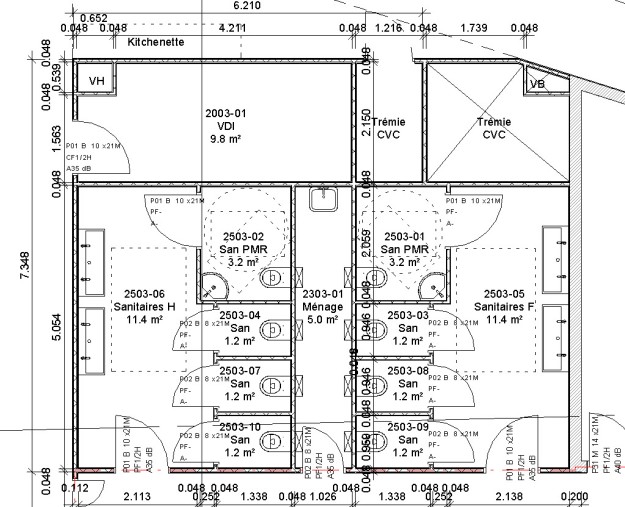 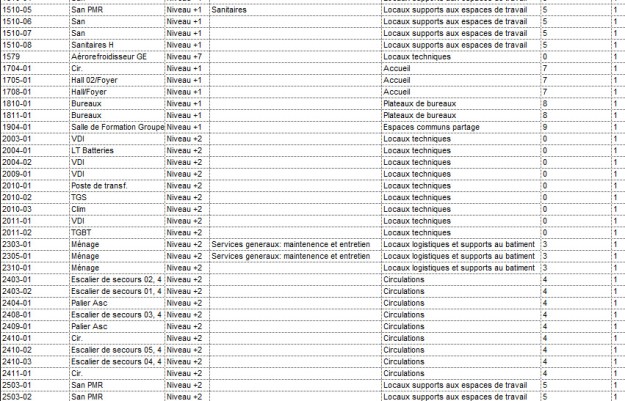 Download Andreas’ script if you want to try for yourself: RoomNumberingByLevelGridAndYPosition

The Bad Monkeys made a Snøhetta design much better. They made an owner’s building more complete. And they helped Snøhetta employees, including me, sleep at night. For free, during their spare time.

I think the Bad Monkeys are so awesome that I am embarrassed to say it. I’m thinking “Am I exaggerating how awesome what we are doing is?” I don’t think so.

Last spring Konrad sent me a book. He wanted me to read Adam Grant’s ‘Give and Take – Why Helping Others Drives Our Success’ after he saw a blog post I wrote about my former boss Christine on how we shared knowledge and content when we worked together. The book explains with astonishing examples and scientific evidence how people throughout history has benefited from helping others, with no or little regard for their own success or personal gain. After finishing the book, I felt more confident than ever that the future of the world holds great promise for all the beautiful people who help each other every day. The world will be shaped by the givers, not the takers.

I read another book last year, The Martian by Andy Weir. (Thanks Ian Keough and Matt Jezyk!) Hopefully without spoiling the story for anyone who has not read it or seen Matt Damon on screen, here’s a beautiful excerpt for the final pages:

“If a hiker gets lost in the mountains, people will coordinate a search. If a train crashes, people will line up to give blood. If an earthquake levels a city, people all over the world will send emergency supplies. This is so fundamentally human that it’s found in every culture without exception. Yes, there are assholes who just don’t care, but they’re massively outnumbered by the people who do.” 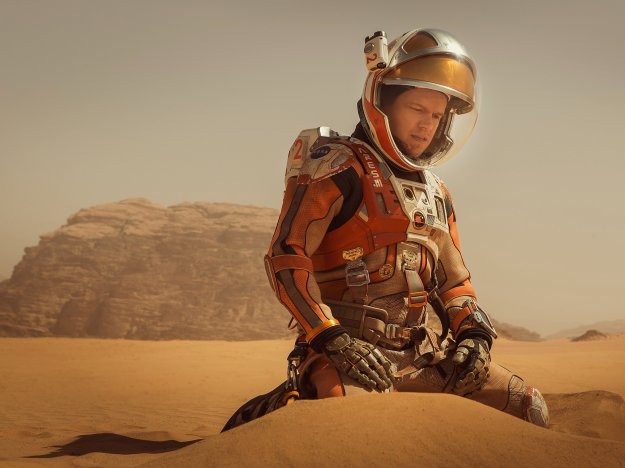 It’s pompous, I know. But it gave me goosebumps. Our group of monkeys grew from a community of people who enjoy helping others. I feel that we are a small part of a new connected world where people help each other regardless of business, discipline, department, company, country, culture or continent. Maybe we will realize that the old way of thinking about company knowledge as a secret asset that has to be safe guarded, hidden and protected will give way to an idea that every company, employee and client will prosper if we all help each other a little more.

Here’s a huge THANK YOU to the Bad Monkeys for being awesome. You guys rock. 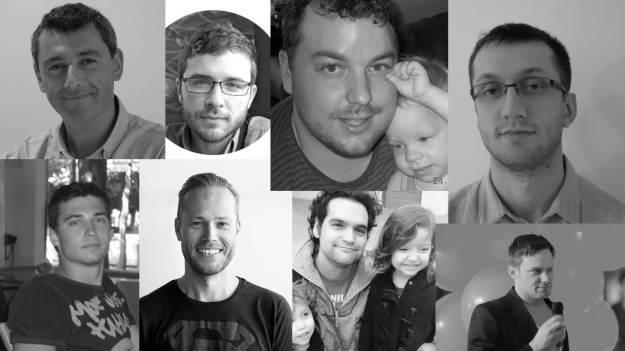 The presentation Building Design with Revit, Rhino, Dynamo & Grasshopper I did with Thomas Benedict Holth from Dark Architects at Revit Technology Conference Europe 2015 in Budapest in October was today announced the best rated session at the entire conference.

We presented work on combining Genetic Optimization and Environmental Analysis Tools in Grasshopper with Building Information Modeling (BIM) in Revit. The material was developed from the work we did together on an architectural competition at Dark last winter, and it apparently resonated with the people who attended the session. Thanks all who came and liked the session! I think we had a great time together in the Grand Ballroom at the Corinthia Hotel.

One of the things I have come to like about my job is working together with people who master and are passionate about computational and visual programming tools, have lots of ideas about technology, and are enthusiastic about learning BIM. Thomas was one of the first guys who made me realize this, and it was a great pleasure to work with him. We did not win the competition, but the technology we developed together still baffles me and makes me think we won anyway.

Together with Thomas and me, I was thrilled to find our previous coworkers and first time RTC speakers Margarida Jeronimo Barbosa (now at Beck) and Arne Folkestad Bjelland (now at Grape) on the Top 10 list. I was nowhere near an list after my first RTC presentation in Vancouver in 2013, and I’m brutally impressed with how they dealt with the preparations, nerves and execution. Awesome work, Margarida & Arne! I am also specially pleased to note that my friends and fellow European Dynamo enthusiasts Andreas Dieckmann and Peter Kompolschek were recognized for their awesome event sessions by also figuring in the final top 10 list. Check out the entire list on Jose Fandos’ blog post: RTC Europe Top 10 Speakers.

Julien, me, Margarida, Arne and Andreas at the Corinthia

I plan to publish some content from the presentation in the future, but for now I conclude with thanking some of the people we worked with on the competition:

Caroline Stokkebokjær Hjelseth who didn’t sleep for 48 hours straight; Jeanette Norin who always laughed and totally owned the Revit model; Kaja Kittang Kvande who kept pushing us with her determination and never-give-up attitude; Rene Damborg Jensen, the trend expert who kept producing when we were all high on no sleep and couldn’t concentrate; Olaf Kon (mr. K) who contributed so much to the entire project with great ideas from day one; Franziska Meizel who flew in from the sideline and nailed the main concept at the end; Marcin Kitala who started working at Dark just before deadline and made huge contributions to the modeling of the final concept – life saver!; Tommi Haferbier Nielsen and his team at Steensen & Varming in Copenhagen – always in a good mood and contributing to the creative process; Ambrogio Agnozi at ARUP who gave us so much insight and knowledge about different structural solutions and ways to communicate a design with hand sketches; Daniel Nielsen in Copenhagen for all the help developing the Grasshopper scripts after Thomas went to Africa – we owe you big time; and finally Christine Grape who was our mentor, leader and anchor until two weeks before deadline. Thanks all! 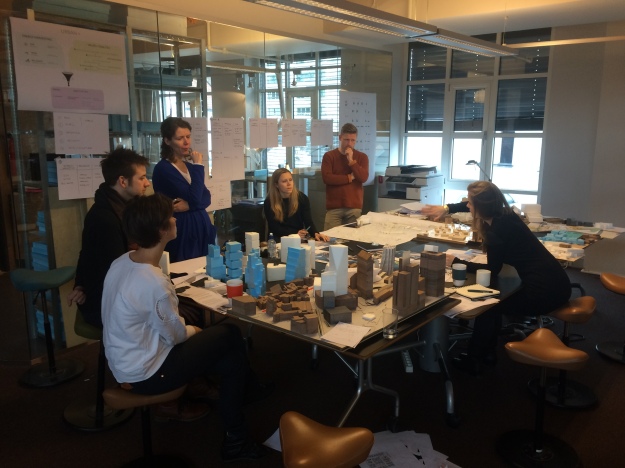