Design Technologist at Snøhetta and Founder at Håvard Vasshaug. I use technological advances to design fantastic buildings, while helping others operate effectively and joyfully.

There’s a building being built in Oslo right now. It’s going to be the new Edvard Munch museum and it’s a high profile project in Norway. It is designed by Spanish architects Herreros Arquitectos who have collaborated with local office LPO arkitekter. One of the guys organizing the construction process of the new Edvard Munch museum is Øyvind, and he’s a really nice guy. One of the reasons why I like him so much is that when he has problems with his building information modeling tools, he picks up the phone and calls the Bad Monkeys. Just like he did last year.

Last year Øyvind needed to coordinate the manufactured façade panels with the intended designed panels. The façade manufacturer Skandinaviska Glassystem (SGS) modeled all the panels for production in 1:1 (think LOD 5.000.000.000) in Solidworks and the architects designed the building in Revit. Solidworks could export IFC that Revit could link, but the panel models were not referenced to the building coordinates because they were modeled for production.

Jakob, one of the brilliant engineers at SGS, exported 300 IFC files, barely covering the base of the building. Along with the IFC-files, which were totaling more than 1.5 GB, he mapped the placement and orientation of each part with Grasshopper and produced an Excel spreadsheet with file names, coordinates and vectors corresponding to each panel type’s intended location and orientation. Most of the IFC-files were repeated multiple times across the façade. For this small part of the building Øyvind needed to coordinate 3000 highly detailed façade panels with an already extraordinary amount of architectural, structural and technical BIM data. So he called us. Really nice guy.

Jakob Brusewitz at SGS mastering Grasshopper during a meeting with Øyvind and others.

I got Dimitar Venkov on board and we started working on a Dynamo based workflow. I’ll spare you the details, but in short we created one Dynamo script that grabbed all the IFC-files in a folder, mapped and copied them around by file names, coordinates and vectors, directed by the Excel spreadsheet. Dynamo then imported the IFC geometry and pushed it to Revit as Direct Shape elements, using the same type of geometry that Link IFC utilizes. Using this lightweight geometry was the only way we could think of bringing to Revit without melting all computers trying to work on the models.

All the imports worked perfectly, and even though we had to minimise any visual fidelity in the views showing the imported data (no anti-aliasing, no shadows, only Shaded with no edges, and so on), the project team could perform pretty high detailed quality assurance and coordination between the design and fabrication models.

If you want to be a nice guy, like Øyvind, give us call. We’ll make your computer fly and teach you how we do it.

Official site of the building: kulturbyggene.no/munch

Animation showing how the building is intended to be: vimeo.com/99911001

Autodesk show casing how local architects at LPO work with BIM: youtu.be/Z-fVZqkI_6M (You can see Øyvind on site at 2:19) 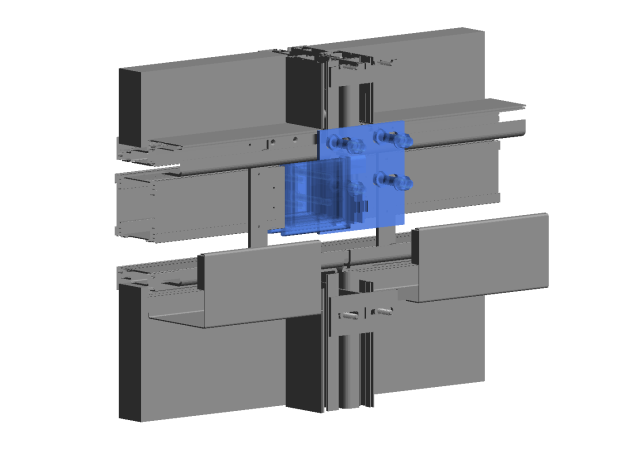 Close up of “Klumpen” – a 40 MB IFC file no bigger than a football.

Close up on one of the corners.

Øyvind and me at the top of the slip forming right before Christmas.

Marcello, Julien, Adam and me are going to give you a Dynamo show the world has never seen before. At 09:00 on Friday October 21 in Porto the four of us host a Dynamo Lab at Revit Technology Conference together, and you should consider being there.

Marcello Sgambelluri hardly requires any introduction if you have ever been attending a conference with any Revit in it the past decade. The american with the curly hair constantly keeps hammering top rated classes around the world, but to the best of my knowledge this is the first time he ever sets foot on European soil. I am plainly super exited to have him coming here, and that we are doing a class together.

Julien Benoit from Nantes has been my very good friend ever since we met at the first ever RTC held in Europe, in Delft back in 2013. Julien has been teaching Revit and Dynamo to French engineers and architects for a number of years, and the work that he and his colleagues are doing is simply amazing. We did a joint lab together with Andreas Dieckmann at RTC last year, and it was a no brainer to set up a similar session again.

Put Adam Sheather next to almost any normal building industry professional, and he will seem like a God. Literally. Put him next to me, and I will look like the biggest retard who ever put on two shoes. I call him The Prodigy. The man writes code like he never did anything else, but there is so much more to the bearded Australian. The creator of Dynaworks has great visions and thoughts about the future of building design and construction, has a great sense of humor and currently holds the world record for longest RTC lab – 300 minutes, all alone and hung over in Melbourne in 2014. Like Marcello, I don’t think Adam has shared many skills in Europe before, and it is fantastic that he is making the long trip from Brisbane to Porto to be a Bad Monkey on stage.

The four of us have got something special lined up for the hopefully many lucky souls who sign up for Session 2.1 Bad Monkey Stream: Learn Dynamo. We will each run one half session focusing on teaching participant different ways of creating their own scripts for various design problems. Be there! You will be a much better person after.